I Think, Therefore I’m, meaning of the term “Cogito, argo sum” coined by René Descartes in 1637, has been the force behind driving my life lately. It is a recent affair that I’ve started to find greatest pleasure in looking back with an over-observant eyes and pin point my reactions to life which could have been better: it feels like a video tape I can roll back, see repeatedly and improve my future self.

What I consider as a quality of utmost importance is understanding others; it is something we all lack to a great extent and still live with a pseudo-satisfactory emotion of being “right”. When was the last time you questioned how religion motivates all of us to do things we would never be doing sanely? When was the last time you thought twice if what you were going to utter was utterly necessary? Did you stop and think even for a milisecond how your words were to hurt the other person?

You might have, and I do not blame you to be as insane as I’ve been… or rather I’m. I used to do a lot of mistakes but now… I think, and therefore I’ve changed. Thinking thoroughly is one of the most underrated pleasures of human physiology: the rush of dopamine when you realise, “YES! I avoided that by thinking through it”.

I recently ordered an iPad for myself; I was too overwhelmed with the fact that I had received my first salary. After placing the order I felt something was offtrack: I sat down with a pen and paper, wrote down reasons I want an iPad and reason why I don’t. It turned out the numbering on the latter continued way past the former’s end. 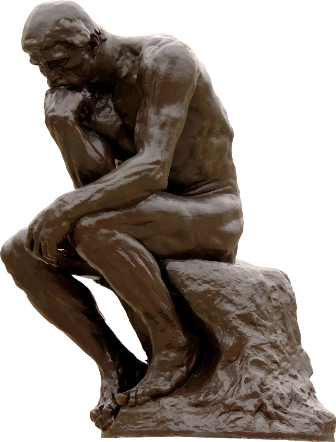 I was satisfied but fell into another thought process; how much better and contented our lives can be if we learn to think, deeply the right way. I went through few articles on making better decisions in life and bringing the power on unconscious mind into play. I got the following two brilliant ideas.

Contemplate for a few hours before arriving at a conclusion, or reaction.

Write down anything and everything that our mind cooks.

It is due to this process of being lost in my own mind and learning from my within, I thought there could be no better title for a website that was going to represent me than “Cogito, Ergo Sum”.

NOTE: I’m aware of Descartes’ implication by the term “Cogito, argo sum” and I’ve used it here just to convey my thoughts. I do not mean to infer that this meaning has been conveyed by him.