I Read 'Shakespeare: A Graphic Guide'

Just like the last book I read, this is not a biography of the life of Willian, but rather an account of his life, his works and, surprisingly, hamlet: there is as much as discussion of hamlet alone as Shakespeare in the book. This inclusion makes the book interesting in the initial parts with direct quotations and references, but towards the end it turns all flat with pale details about the rewriting of hamlet and it’s analysis to get a glimpse of Shakespeare’s life.

I did not find much difference in the beginning of the book than the previous one; it starts with a tone of a biography of Shakespeare, but skips most of the early life and within the first 20-30 pages, it starts discussing his works. Specific works have not been given much spotlight, but almost all of his works have been mentioned at least once in some line of the text, and I really liked it. 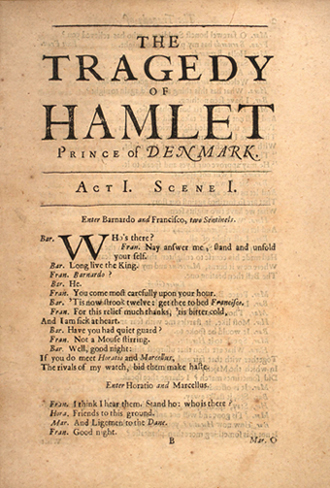 A major portion of the text discusses all the contributions of the writers and poets, both contemporary and those who followed him, in advancing and rewriting his works to make them simpler and available to a wider audience. Influence of the fortunate events that helped Shakespeare become the world’s most famous playwright are also explored in sufficient depths.

The book also picks up the myths surrounding the life of Shakespeare and tries to not bust them but give the user an unbiased take on them using examples from his work. Very similarly, it also points out the properties of his life that have been extracted long after his death from his works.

All in all the book is great in terms of information but it gets boring when there is too much emphasis of events, and inclusion of a lot of names rather than vivid story telling and streamlined event flow. There were times when I thought of not reading it further, but then continued once I skimmed through a few pages. The only thing in favor of my reading is the sandwiching of dull content between bursts of interest to keep the reader wanting to pace up.

Below I quote one of my favorite quotations from the works of Shakespeare in the book,

“I hate” from hate
away she threw,
And sav’d my life,
saying “not you”.